You are not connected. Please login or register

Broj postova : 12708
The New York Tour of Gossip Girl Sites begins by exploring the Upper East Side, a very exclusive Manhattan neighborhood. “Hello, Upper East Siders!” is Gossip Girl’s opening line to every episode, and on these Gossip Girl New York Tours, you’ll feel like she’s talking directly to you! Experience a day in the life as one of Manhattan’s elite on our very special New York sightseeing tours. In addition to seeing the sites from the show, you’ll also have exclusive access to special discounts throughout the city.
What’s a morning like in the Bass household? Begin the tour in the courtyard at the luxurious New York Palace Hotel, owned by Bass Industries on the show, where Chuck Bass and his “adopted” family, the Van der Woodsens, wake up every morning to a fully catered breakfast from the Palace’s unparalleled service professionals. Ranked as one of the top 100 hotels in the world and celebrated for its luxurious accommodations, the New York Palace is an icon of Manhattan splendor.
Inside the Palace is not only the home of two of Gossip Girl’s elite families, but also the location of many a Gossip Girl intrigue. Gilt, the fine dining restaurant on the ground floor of the Palace, is where the Bass brunch took place, was the site of the first “reunion” of Serena and Blair after Serena’s mysterious disappearance, and where Dan picks up Serena’s dropped cell phone in the first episode, as well as where the lascivious Chuck tried to win Serena’s affection with a special-ordered grilled cheese sandwich with truffle oil.
Next, head up to the Constance Billard School for Girls and the St. Jude School for Boys, just like our favorite students. Both are located on the Upper East Side, though on the show they are located at a fictional address in the middle of the East River! On the tour, you'll recognize The Synod of Bishops Russian Church and the Museum of the City of New York as the exteriors of your favorite private schools.
The New York Tour continues down Fifth Avenue towards Blair Waldorf’s apartment building. Located in the Carnegie Hill section of the Upper East Side, this handsome “pre-war” apartment house built in 1925 with private elevator landings in each apartment is considered one of Carnegie Hill’s finest. Apartments are listed here from $4 million to $7 million.
Several blocks away is the real inspiration behind The Constance Billard School for Girls, The Nightingale-Bamford School. An elite Upper East Side school for girls, Nightingale is where Cecily von Ziegesar, the author of the Gossip Girl books on which the TV show is based, attended until her high school graduation (tuition at The Nightingale-Bamford School runs around $35,000/year).
And only one more block away is the Cooper Hewitt National Design Museum, located in the former Andrew Carnegie Mansion, the site of the Bass/Van der Woodsen wedding. Further down "Museum Mile" you will find the Metropolitan Museum of Art, on the steps of which sit many a “Queen B” lunch crew. In real life, these steps are often frequented by the girls from the Marymount School, another elite Upper East Side school for girls 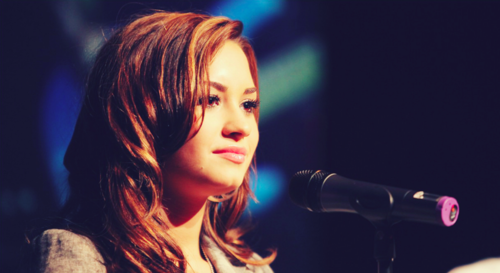